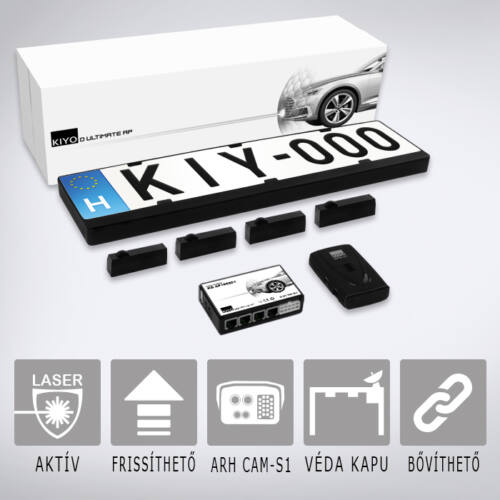 Nowadays, the stealth Speed Capture Defense Systems are becoming more and more popular, including the stealth laser jammers, where the sensor nodes are invisible. This is especially useful, because on the one hand, the aesthetic view of the vehicle is better, and on the other hand, it cannot be discovered by curious eyes, so the installed devices of the car remain a secret. Therefore in case of purchasing a laser jammer, we recommend a product which has small sensors, which can be hidden easily. The concealment of the sensors can be done with the help of special license plate frames or with infrared transmitting PERSPEX sheets as well.

For whom detecting the laser speedtraps is enough and do not wish to use a jamming device, we can recommend Laser Detectors, that can be built into license plate frames. As for detecting ordinary radar speedcams, we recommend our Radar Detector Device and our GPS Detector Device.

The laser jammer devices disrupt the operation of the laser-based speedtraps, but are unable to detect or jam the radar-based or other speedtraps. Laser-based speedtraps may occur next to the driver’s seat, in police and civilian vehicles as well. These devices can be mounted to a three-legged stand or can be held in hand. Furthermore, they can be operated manually or automatically, and can be used from a standing or a moving car as well. 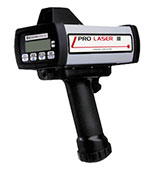 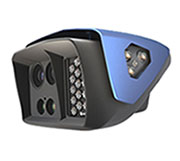 The basic idea of the laser-based speedtraps is the measurement of the spread and the reflection of the laser light. The name LIDAR (LIght Detection And Ranging) is connected to this feature.

The laser-based radars are much more complex than their ordinary radar-based counterparts. These can measure speed 200 times/second, therefore their accuracy is far greater.

These type of radars emit series of controlled, invisible infrared light beam pulses, in a straight line. The wavelength of the laser signal is 904 nm, but the frequency on which they work differ from device to device. The emitted signals are reflected from the moving car and by knowing the laser signal’s spreading speed, the device can determine the speed of the vehicle

The diameter of the light beam grows conically depending on the distance (for example, in the case of the PRO LASER III device, at a 300m distance, the diameter is 0,9m). The number of the emitted light beam pulses differ from device to device, therefore we recommend laser detector devices, which know all the frequencies that are being used. The most efficient detectors can detect the pulses from the start, therefore we will be able to slow the vehicle down.

The most often used laser radar brands in Hungary are: FÁMA and ARH. The most recent Hungarian model of laser radars is the ARH CAM-S1, which is in service from 26th March 2015. On Hungarian highways, the most common type is the stationary ARH and RAMET radar.

The new ARH CAM-S1 laser based radar has been deployed in the first wave of the VÉDA Camera Network for Intelligent Traffic Surveillance project. The purpose of the device is to check the traffic more efficiently. The device is much more advanced then it’s predecessors; it not only can measure the speed of the vehicles more accurately, but also can document the different traffic offenses, such as crossing at the red traffic signal, violating the no entry sign, or driving in bus lane or in the emergency stopping lane. 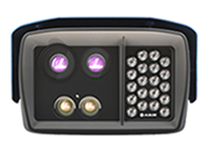 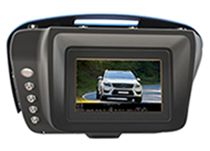 In the past, radar- and laser detectors placed in the windscreen seemed an obvious solution to avoid radars. However, the new ARH CAM-S1 lidar operates from a shorter distance and in a narrower angle, therefore the signal does not reach the height of the windscreen, where the detector is located.

The detectors located in the windscreen are perfect for detecting the ordinary radars and the older-generation laser-based devices, but to defend ourselves against the latest laser radars (which operate from a shorter distance and in a narrower angle), we should supplement our defense with a Laser Detector or with a Laser Jammer that can be build into the frame of a license plate.