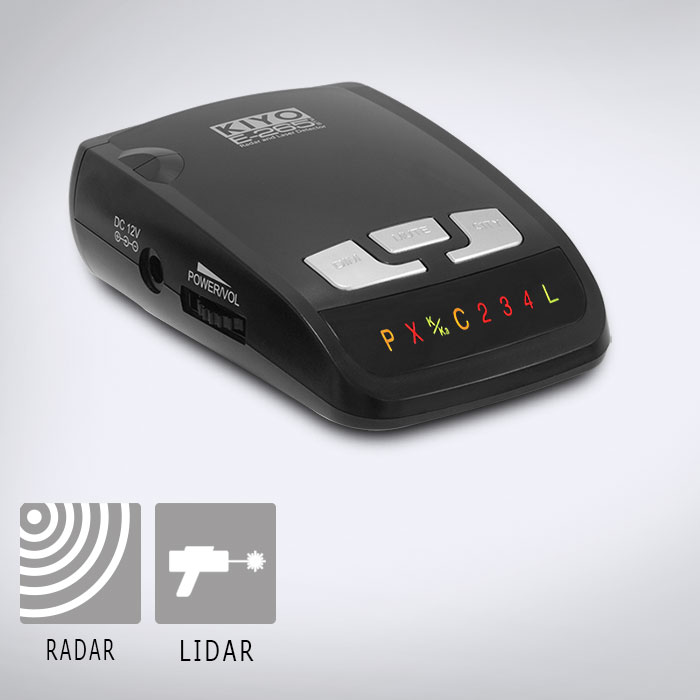 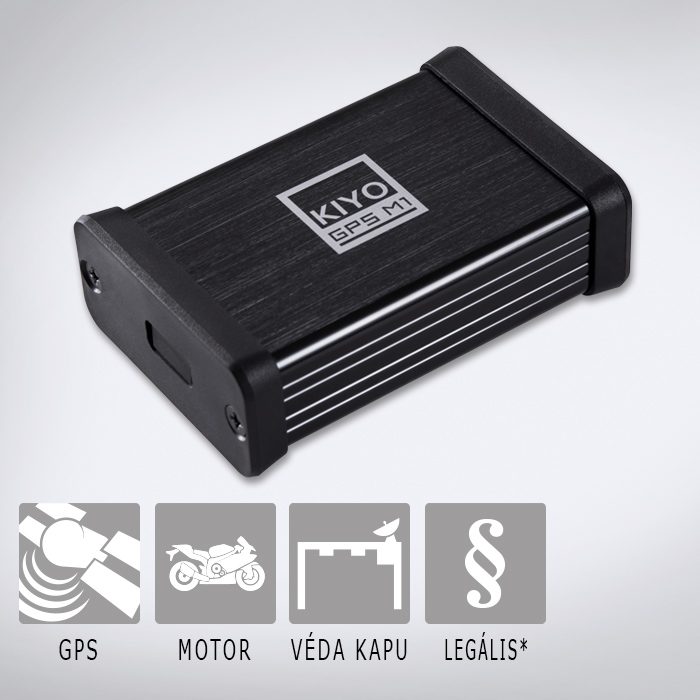 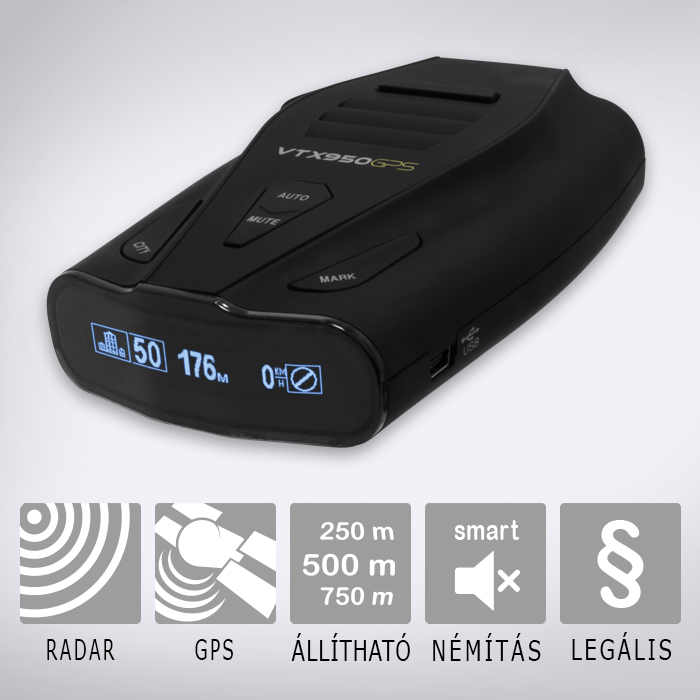 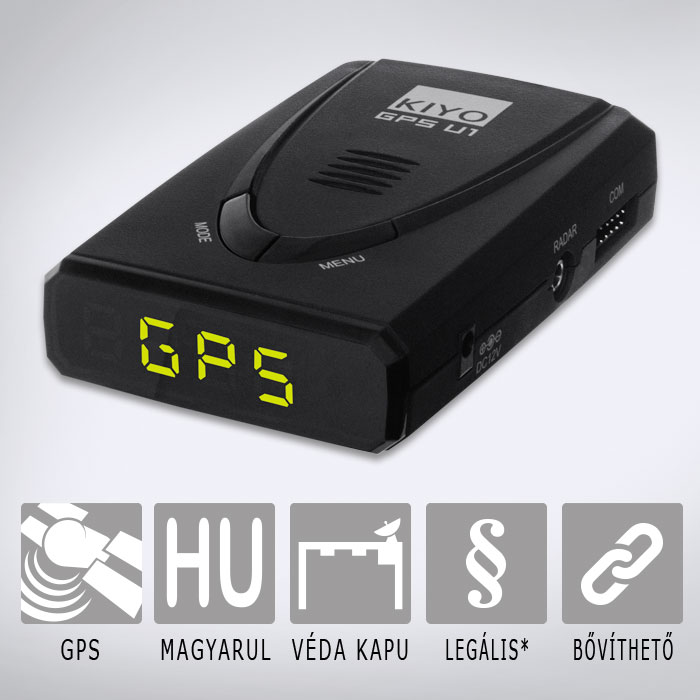 By using GPS technology, we get more accurate information about the location of nearby stationary radar speedtraps, and in the meantime the number of false alarms can be decreased as well. Detectors with built-in GPS database can provide information about stationary radar speedtraps, which do not emit any kind of signals, therefore cannot be detected with Radar- and Laser Detectors, nor with Laser Jammers.

As part of the VÉDA Camera Network for Intelligent Traffic Surveillance project, 365 new static and automatic speed capture devices will be put into service from 2015. These radar speedtraps cannot be moved, therefore they can be detected by using GPS technology. Detectors with GPS technology use a built-in database (which can be updated) and a GPS receiver. With the help of these, the Detectors can constantly follow our current position and warn us about speed radars or other dangers. When closing on a detected radar, the GPS Detector shows us the distance and the speed limit, therefore we can adjust the speed of the vehicle if necessary.

Unlike the laser-based and ordinary radar speedtraps, there are some devices that do not emit any kind of signal that could be detected. When measuring the average speed of a given part of the road, cameras are placed at the beginning and at the end of the section. They measure the elapsed time between the two points and take photos of vehicles’ license plates, which reached the end of the road quicker than the estimated time (because it means that the driver drove faster than the average speed limit). These cameras -which recognizes license plates- do not emit any kind of signals, therefore can only be detected with GPS Detectors.

Radar and Laser Detectors with GPS technology, are not only useful in detecting stationary cameras, but also able to decrease the number of false alarms. These Detectors are constantly watching the speed of our vehicle, and we can configure them to a certain speed limit, under which they will not give any alarms.

The new traffic laws, which came into force on 1st September 2012, state:

“Preventing, disturbing and altering the results of traffic control is forbidden, excluding the usage of speed radar detecting devices.”

Therefore, the usage of radar and laser detector devices is not forbidden. Radar- and Laser Detectors can detect the radars from a large distance (hundreds of meters), therefore we will be able to adjust the speed of our vehicle in time. These devices will be legal after the 1st of September as well, because they do not prevent or disturb the traffic control.

These detectors – no matter whether they are front or rear devices – can detect the signals (infrared light or radio-wave, used by speed radars), which are reflected from the back of the car ahead, therefore they can warn us that traffic control is in progress. The better the device’s sensitivity, the greater the chance to detect the radar in time and adjust our speed! 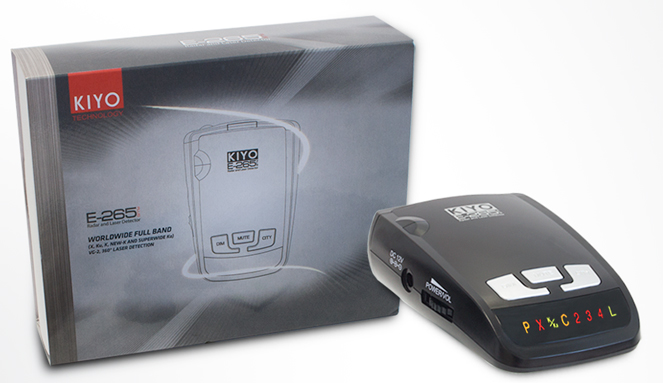 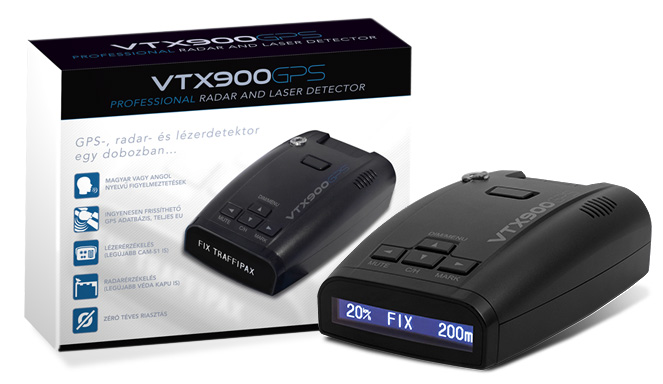 For whom the detection of laser-based speedtraps is not enough and wish to have an active protection, we can recommend our Laser Jammer Devices as supplements to our Radar- and Laser Detectors.

A The RADAR abbreviation stands for: RAdio Detection And Ranging. These devices use spherically spreading microwaves and locating technology to calculate the speed of the vehicle.

It is important to know, that American or Asian radar detectors are calibrated to radars in those regions, therefore they may not include the frequencies used in the European region. For the best protection, we recommend using devices, which had been developed primarily for the European markets, especially the Radar Detectors of KIYO TECHNOLOGY.

The most often used laser police camera in Hungary: ARH CAM-S1, which is in service from 26th March 2015. On Hungarian highways, the most common type is the stationary RAMET radar.